Australia is as diverse a wine-producing country as any, producing a broad array of wine styles and varieties, and has done since the early 19th century.  In fact, grape vines were planted at Sydney Harbour in 1788 with the arrival of the First Fleet, and whilst over the past two-and-a-half centuries the fortunes of Australia’s wine industry have varied considerably, today Australia is considered one of the most important wine-producing nations on the planet.

The vast majority of Australian wine production comes from a plethora of small wine regions that hug the coast, a sweeping crescent of plantings from the central east coast (inland from Brisbane) down through New South Wales, Victoria and Tasmania, into southern South Australia, and then across the Great Australian Bight to the southern corner of Western Australia.  In all, there are more than 145,000 hectares of grape vines planted today, down from its peak of nearly 175,000 hectares in 2007, and whilst a handful of (very) large companies dominate production, there are some 2,350+ wineries, and the total production in 2020 was more than 1.5 million tonnes of grapes.  Much of this – about two-thirds or 725 million litres – is exported, resulting in nearly $3B of export earnings.

Whilst the majority of Australian wine production is destined for bulk wine, there are a large number of quality-minded producers making world-class wines from many diverse regions throughout the country.  Although Shiraz tends to be Australia’s most famous grape variety (indeed, accounting for around 30% of production), top-quality Chardonnay, Pinot Noir, Cabernet Sauvignon, Riesling and Grenache wines are all produced that rate favourably amongst some of the world’s finest examples of these varieties. 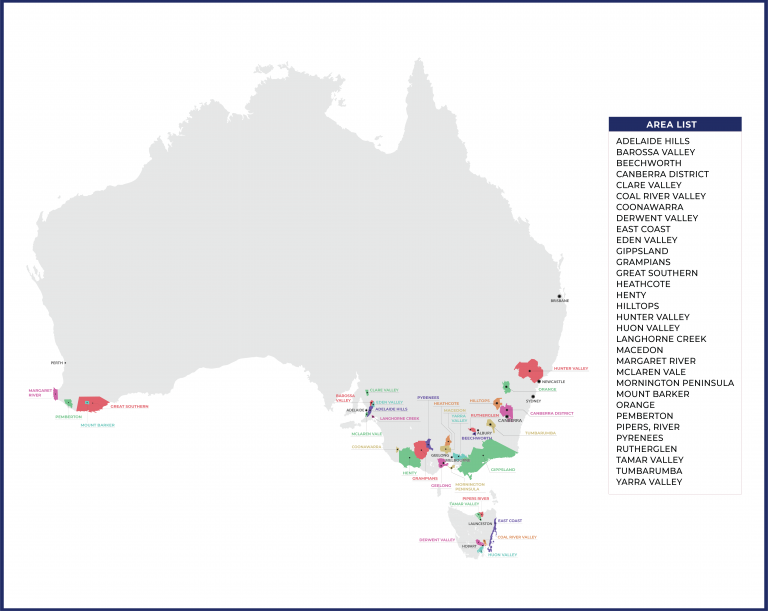 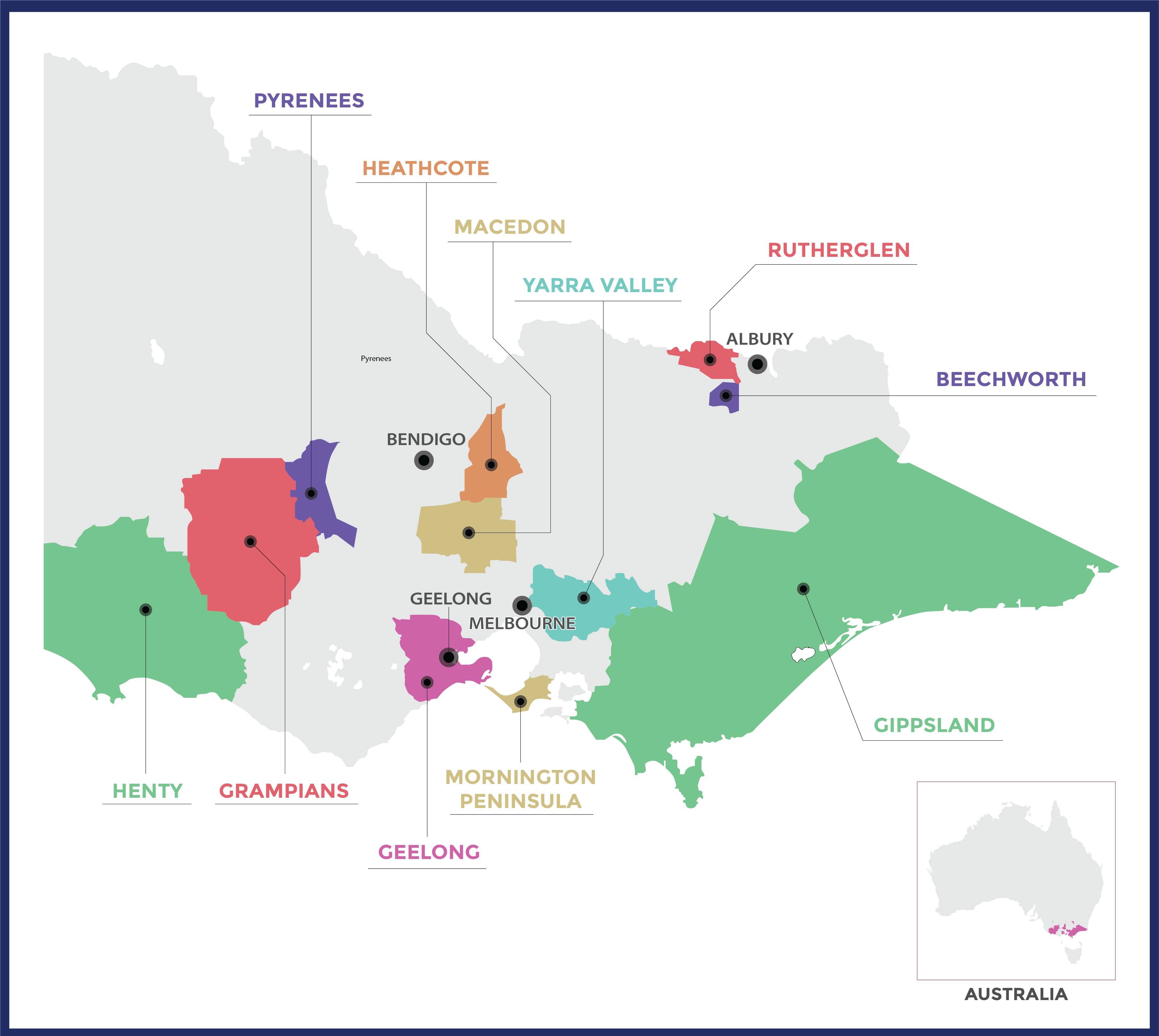 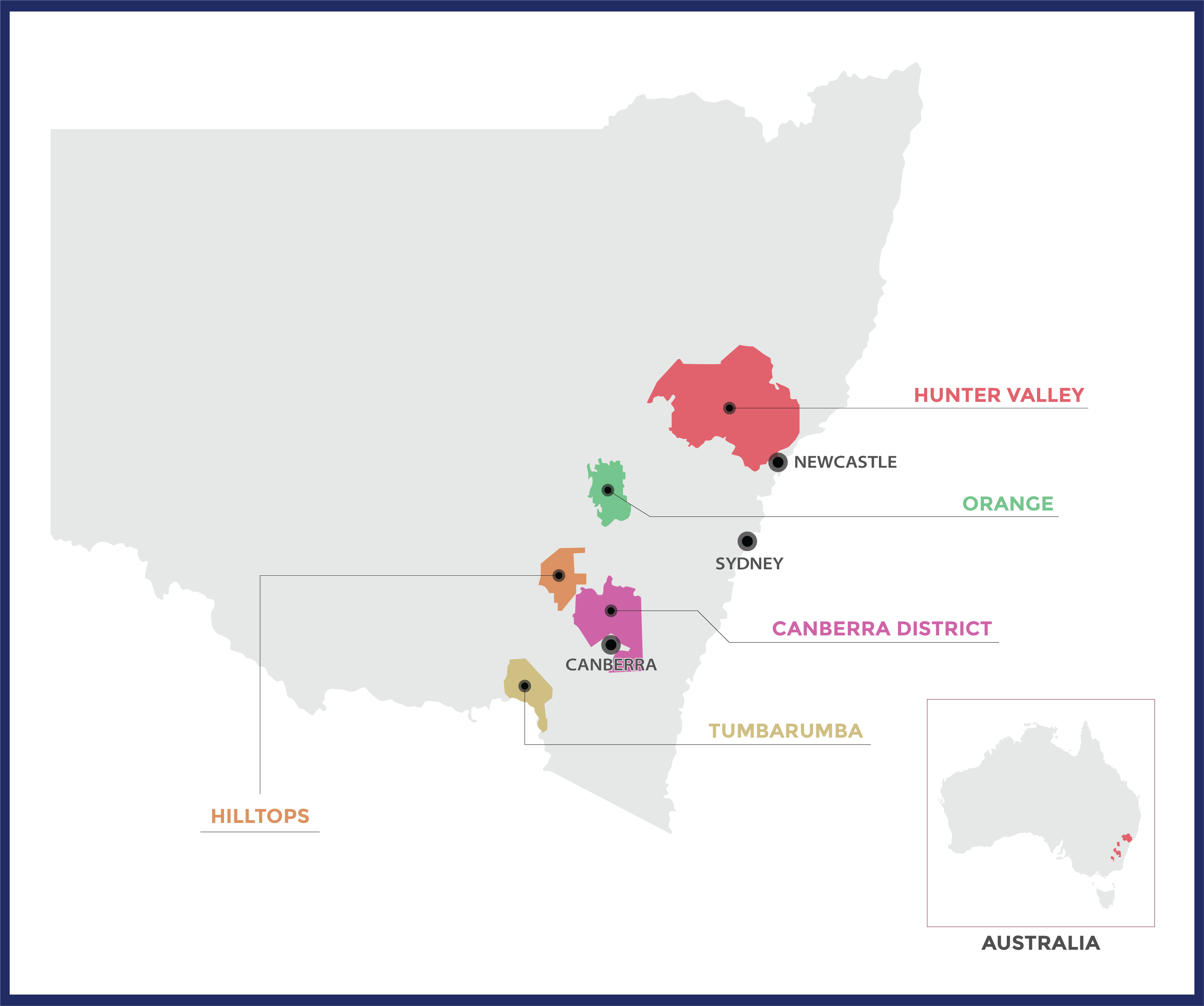 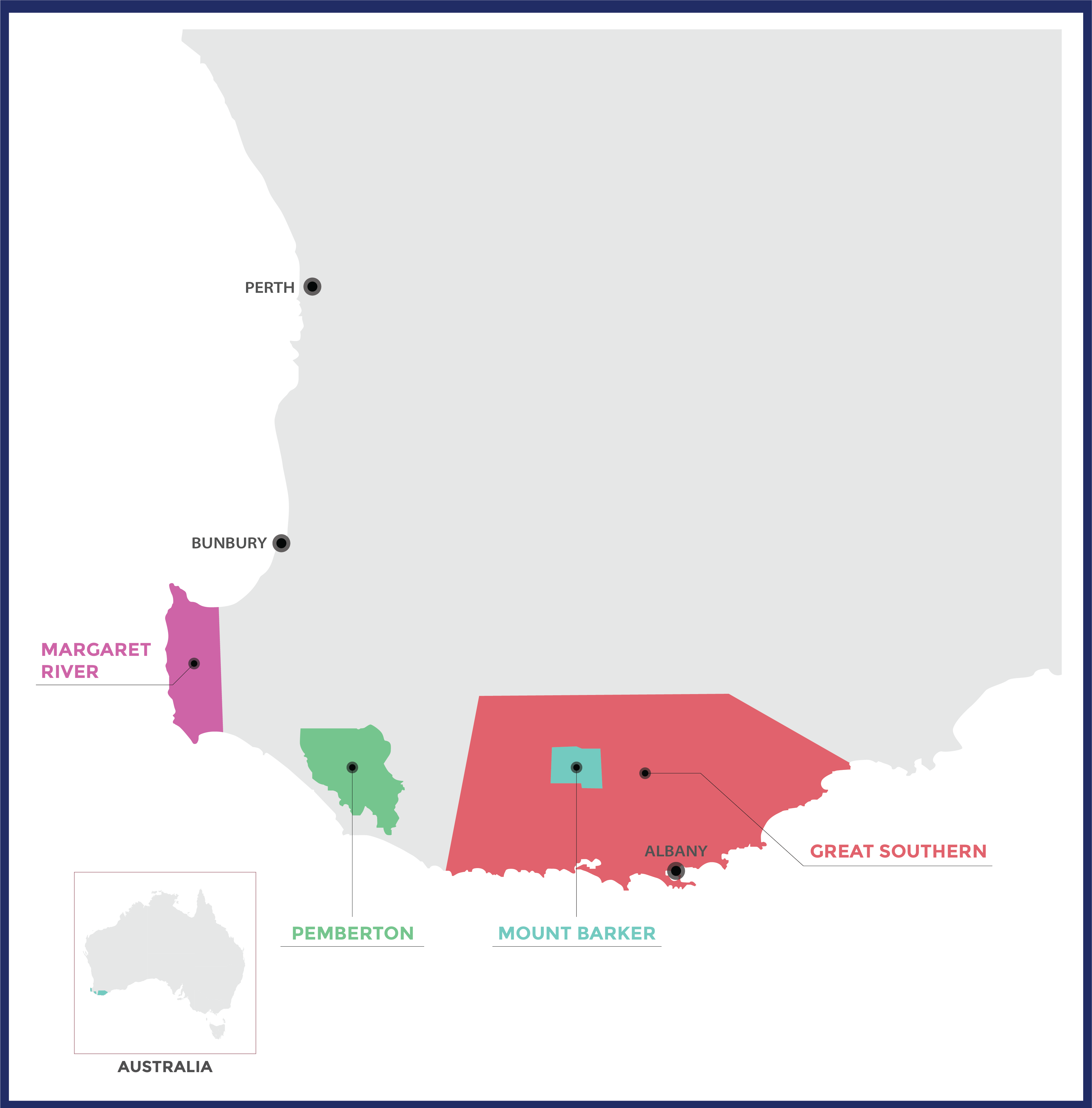 Our top picks from Australia